AN IMPLICATION OF HINDU GOTRA SYSTEM IN RELATION TO GENETICS 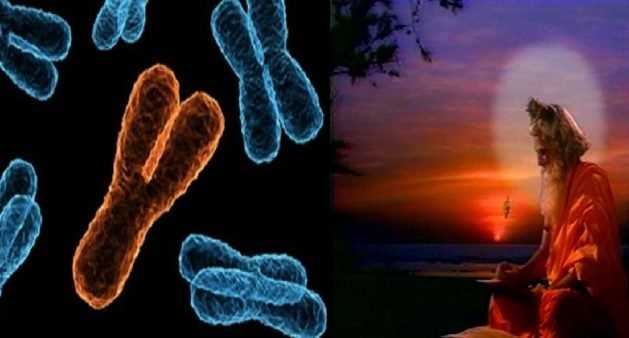 In Hinduism, the Gotra system has its own significance in referring to people who are descendants in an unbroken male ancestor or patriline. The applied aspect of such a ritual is scientifically approved in preventing genetical disorders. Y chromosome is always a male lineage (father-son-grandson) as a son receives it from father and hence Y chromosome plays a crucial role in modern genetics in identifying the Genealogy i.e male ancestry of a person. There come similar references from Ayurvedic Samhitas to prevent genetical disorders which affect the heredity of family (Atulyagotra). It is of scientific value to avoid marriages in the same clan to avoid considerable genetic disorders and reduce rate of infant mortality &morbidity. Keywords: Gotra, genetical disorders, Atulyagotra

As a Rigvedic term the word Gotra is formed from the two Sanskrit words Gau (meaning Cow) and Trahi (meaning Shed). Gotra means Cowshed, where in the context is that Gotra is like the Cowshed protecting a particular male lineage. The references can be collected from Vedas, Upanishads and other related literature where the concept has been recorded timely (around 1st millennium BCE Chandogya Upanishad). Sometimes the word “Kula” is also considered along with Gotra where the latter means a community/ group of people following a similar ritual. It does not relate to lineage or caste. In Hindu mythology, the concept of Gotra originated from the relation to “Saptarishis”, the seven sacred saints. They are denoted with “Gotrakarin” meaning root of Gotras. There are different views for this, for instance the Shatapatha Brahmana and Briadaranyka Upanishad(2.2.4) acknowledge the names as Atri, Bharadwaj, Gautam Maharishi, Jamadani, Kashyapa, Vashishta and Vishwamitra. In Mahabharata, the names of Rishis come as (Marichi, Atri, Pulaha, Pulastya, Kratu, Vashishta and Kashyapa). This is a proposal to prevent inbreeding and eliminate all recessive defective genes from human DNA. The essence of Gotra system is finally to prevent marriages within same Gotra. Even some references are also cited related to derivative Gotra from the same root Gotra, and this may happen that they allow marriages within these Gotras since their names are different. To prevent this, derived Gotra maintains a list of Pravaras (which were prominent junctions where derived Gotras got created). The ancient Vedic Rishis hence very well knew the existence of the Y-chromosome and the paternal genetic material that was passed almost intact from father to son. Hence, they created the Gotra system to identify their male lineage.
In Ayurveda, Acharya Charaka and Kashaypa has mentioned the concept of AtulyaGotra Adhyaya in their respective Samhitas. This relate to the prevention of genetical malformation among the people getting married in same clan.

DISCUSSION ON ATULYA GOTRA (Marriage in the different Clan):

The concept of marriage in different clan has been mentioned centuries ago by the Ayurvedic scholars. They knew this fact that the diseases which are carried by the genes from one generation to the other result in occurrence of disease. In Charaka Samhita , it is mentioned that when a woman after her menstruation cohabits with a man of a different clan in a lonely place, the man ejaculates Shukra (semen) which is implanted for the development of Garbha (embryo). Even for procreation of a healthy child, it is necessary that both partners should be mutually from different clan. Coitus among the members of the same clan is said to be a sinful act. There are studies which help in proving this fact that chances of genetically carried diseases are more prone among such couples.
In Kashyapa Samhita, the reference comes under the same AsamanaGotriyeAdhayaya, where the description for marriages in the same clan is considerably avoided.

Relation with modern clinical facts: Marriage between blood relatives can lead to abnormal offspring due to genetic mismatch and hybrid DNA combinations. The Gotra system was defined around 4th century BCE to accommodate changed social rules and laws. Human body has 2 copies of every gene, from inherited from father and the other one from mother. For many genes, our body copes with just a single working copy, but when both copies are faulty, the person gets autosomal recessive diseases. Unlike other chromosomes, there is no way for Y-chromosome to repair itself by doing cross over with its chromosomal pair. All other chromosome comes in similar pairs and repairs themselves by copying over DNA from the paired chromosomes. This process of crossing over not heals the chromosomes but results in different combinations of mix & match to happen between genes of mother -father & allows the best match to survive, makes chromosomes stronger as they evolve in successive generation. 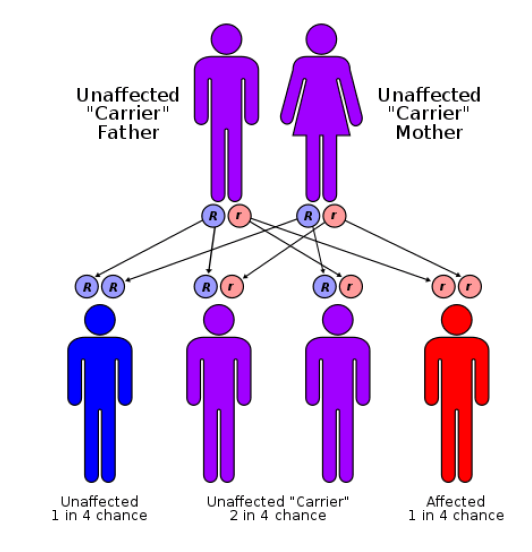 For instance, such diseases include- cystic fibrosis, phenylketonuria (PKU) , spinal muscular dystrophy etc. With the passage of time, this system became an important parameter for finalizing a wedding, and is now a well-established system even in the modern society. Diseases like galactosemia, retinoblastoma, albinism, sickle-cell anemia, thalassemia, Tay-Sachs disease, autism, growth hormone deficiency, adenosine deaminase deficiency, and juvenile muscular dystrophy etc are due to genetic disturbance.

Changes at genetic level:
The genetic changes can be seen in many diseases highlighted above. For instance, in case of Thalassemia the genetic disorder inherited from a person’s parents. There are two main type Alpha type and Beta type. The severity depends upon how many of 4 genes for Alpha and 2 genes for Beta type are missing. Similarly, in case of Phenylketonuria (PKU), the genetic disorder that increases levels of phenylalanine in the blood. The mutation in PAH gene causes PKU, as this gene gives information for making an enzyme called Phenylalanine hydroxylase, which further converts amino acid phenylalanine to other important compounds of the body.

CONCLUSION:
The Vedic Rishis had observed the degeneration of Y-chromosome and they wanted to maintain as many individual healthy unique Y-chromosome lineage as possible. Marriages within a Gotra reflect inbreeding with significant health consequences. There will be chances for propagation of defective genes within successive generation. Marriages within the same Gotra would provide a golden opportunity for these genes to express themselves, causing genetic abnormality in the offspring. It contributes considerably to infant mortality, morbidity and hence for reasons, it is not advisable to get married in the same clan. So, the Indian traditional values related to such scientific facts must not be discarded in the name of modernity.