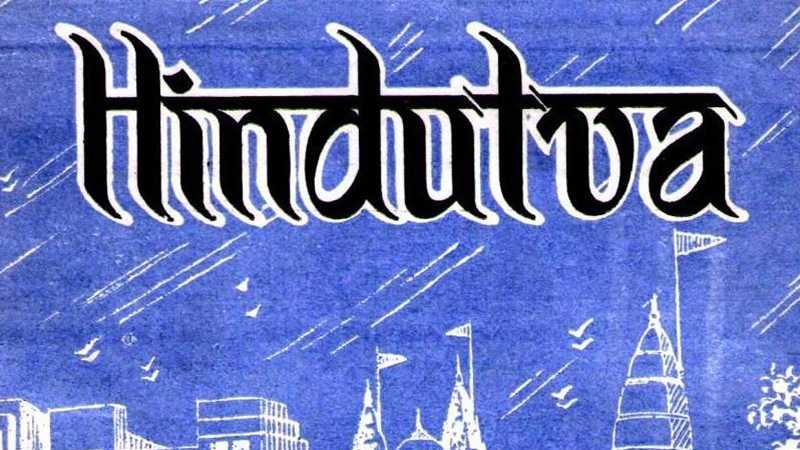 Literally ‘Hindutva’ means a way of life or a state of mind that is based on the cultural and spiritual ethos based on the spiritual systems that evolved from India. Hindutva is a philosophy like Communism or Socialism. The difference is that, whereas communism and socialism are materialistic philosophies intended to secure economic welfare of individuals, Hindutva is a spiritual plus economic philosophy founded and developed from ancient times in India for securing all round happiness of all individuals irrespective of social levels of individuals. The focus in this philosophy be it the ruler or the ruled is on the performance of duty and conformity to a code of conduct.

The word ‘Hindutva’ is not found in traditional lexicon. It was used for the first time by the national leader, V.D.Savarkar in 1923. Since then, the term has been used in different shades of meaning and placed at the service of a range of socio-political interventionist practices.

‘Hindutva’ or the state of being Hindu, the inhabitants of Sindhu Pradesh, is in many ways not very far from the English term ‘Hinduism’ i.e. the way of life of the Hindus or the inhabitants of the Greater India without the disparity of caste and creed. A Hindu Rashtra does not mean a theocratic state. A way of life, national tradition, concept of materialism, Sanatana Dharma, no. scope for untouchabihty, secularism, patriotism are some of the fimdamental features associated with the philosophy of Hindutva.

It denotes the Indian culture and Indianhood. There are a plenty of historical records to illustrate and demonstrate how Hindustan has, down the ages, been to mean India. For example, Sir Syed Ahmed, the founder of the Aligarh Muslim University, as calling himself a Hindu. It is not uncommon for a Muslim in many a Muslim country to call an Indian Muslim a Hindu because he belongs to Hindustan. Poet Iqbal’s words, ‘Hindu hain ham watan hai Hindustan hamara’ and Mahatma Gandhi’s prayer, ‘Ishwar Allah tere nam sab ko Sanmati de Bhagwan’ are more meaningful to convey the message of Hindutva.

Hindutva is not a religion as it does not convey the sense of ‘Hindu Dharma’. It is a state of being Hindu and a way of life as concluded and accepted in the verdict of the Supreme Court, the apex seat of judiciary in India. According to Dev Pandhi a noted journalist,

Hindutva, a word synonymous with psyche of people in India with offshoots enveloping the globe, is in the right perspective – a philosophy, a way of life. Mysticism spread in the world from Hindutva with civilization dating back to Aryan era.

The Hindu concept of dharma is not just faith or religion, as it is commonly but mistakenly taken to be. Bett Heimann defines dharma as “total cosmic responsibility, including God’s, a universal justice far more inclusive, wider and profounder than any western equivalent as ‘duty’.”

The Hindus, in the original sense of the term were the inhabitants residing in Sapt – Sindhu region irrespective of caste and creed. The ancient ancestors of all the Aryan as well as non-Aryan inhabitants of this country without any consideration of social status, caste, and creed have been predecessors of Hindus or Indians. The greatest quality of the Hindus has been their power of liberalism, tolerance, adjustment and assimilation of all cultures whosoever come in contact with their faith and social life. Vedic religion. Buddhism, Vaishanavism, Shaivism, Jainism, Charvak philosophy, etc. all social philosophies and faiths flourished in this country without any malice, prejudice and discrimination.

Since the issue of Hindutva is alive in the present political and social contexts, it is apt to explain in simple terms the basics of Hindutva and some of the Mdian English novels in which the ideology of Hindutva is being represented.

Hindutva is nothing but the theory and practice of national and international politics as defined by Sanatana Dharma, known also as Hinduism. It is not a creed like Christianity or Islam, but a code of conduct and a value system that has spiritual freedom at its core. Any pathway or spiritual vision that accepts the spiritual freedom of others may be considered a part of Sanatana Dharma. As Sri Arabindo described it, ”Sanatana Dharma is also the basis of Indian nationalism.”

The basis of Hinduism or Sanatana Dharma is the quest for cosmic truth, just as the quest for physical truth is the domain of science. Hindutva is not necessarily limited to India or to those who consider themselves to be orthodox Hindus, although it reflects the main fraditions of the land and the power of its inner soul or guiding spirit, Bharat Mata (Mother India).

To make this clear, it is necessary to begin with a brief introduction to Hinduism that is not tied to any rehgious sect or group. Hinduism is not a church, nor is it a dogma. It does not rest on the authority of a single savior, prophet or scripture. It is the message and not the messenger that counts.

Historically, it has such intolerant forces that have been inherently hostile to Sanatana Dharma or Hinduism. In times as these -when threatened by forces of intolerance- it is necessary for Hindutva to become aggressive, to assert itself as a positive force for positive social change and for maintaining groups and individuals acting on its behalf must be stated with clarity and precision.